With two feet of snow in the past week and another 1-3 inches expected today, winter fun in Vermont is going strong, and we want to be sure our inn guests have all the details on local happenings.  Looking forward through the end of February and into March, visitors to Central Vermont are staying busy with plenty of activities and events happening nearby our VT bed and breakfast.  This week, Okemo Mountain Resort’s events include a nature program on Vermont birds of prey, a nighttime ice skating party, and a sell-out comedy night.  A new exhibit featuring local artists is opening in Windsor, and a film screening of The Vermont Movie is happening right down the street during the Cavendish Historical Society’s annual meeting.

This week’s winter fun in Vermont…

VINS, or Vermont Institute of Natural Science, is hosting a Live Raptor Encounter at The Roundhouse at Jackson Gore in Ludlow, VT.  Show up at 7 pm to see the falcons, hawks and owls that call Vermont home.  VINS is located 45 minutes away in Quechee, Vermont, and is a great place for lovers of wildlife and nature to visit if bad weather gets in the way of time spent outdoors.

Okemo Mountain Resort hosts Shakin’ Skate for a second time this winter.  This party includes a live DJ and tons of games for the family to enjoy.  From 6-9 pm at the Ice House at Jackson Gore in Ludlow VT; admission is $10 and skate rentals are $5.

Nuance Gallery in Windsor VT is opening their new exhibit, ‘Making Visible,’ from 4-6 pm. Featured artists include Valery Woodbury of Springfield VT, who will show her pastels, oils and watercolors, Michelle Woodbury who will display nature photography, and Nance Silliman, owner of Nuance Gallery. The Making Visible show runs alongside the Luminaries Exhibition, featuring fine arts and crafts from more than ten artists from Vermont, New Hampshire and beyond.

Popular comedian Bob Marley appears at Okemo Mountain Resort for the mountain’s 12th annual Comedy Night. Marley has appeared on The David Letterman Show, Late Night with Conan O’Brien, and Comedy Central – he was also in the film The Boondock Saints!  Doors at 7, show at 8, with a cash bar for 21+.  You can book tickets in advance, as this show has sold out in the past.

In addition, the Cavendish Historical Society’s Annual Meeting will be screening “Freedom and Unity – The Vermont Movie Part One” at 6 pm at the Cavendish Elementary School.  If you can’t make it but are interested in the film, explore the Vermont Movie’s website or watch the trailer here.

Vermont has more to offer in March…

March will continue the winter fun in Vermont with Mardi Gras celebrations on the first of the month.  The following weekend offers a day of free ski & snowboard lessons at Bromley Mountain in Peru, VT, as well as the ‘Taste of Winter’ Market in Springfield for all the travelling foodies and farm-ies out there.  And the weekend after that brings the Sugar Daze concert series to Okemo with Matisyahu and other star musicians.  If those stellar acts don’t get your sweet tooth thinking about Vermont Maple Sugar Weekend Open House on March 23rd, maybe our maple-themed breakfast offerings for that weekend will!  Don’t miss out on winter fun in Vermont this year, and keep an eye out for our upcoming March event calendar for the Southern and Central regions. 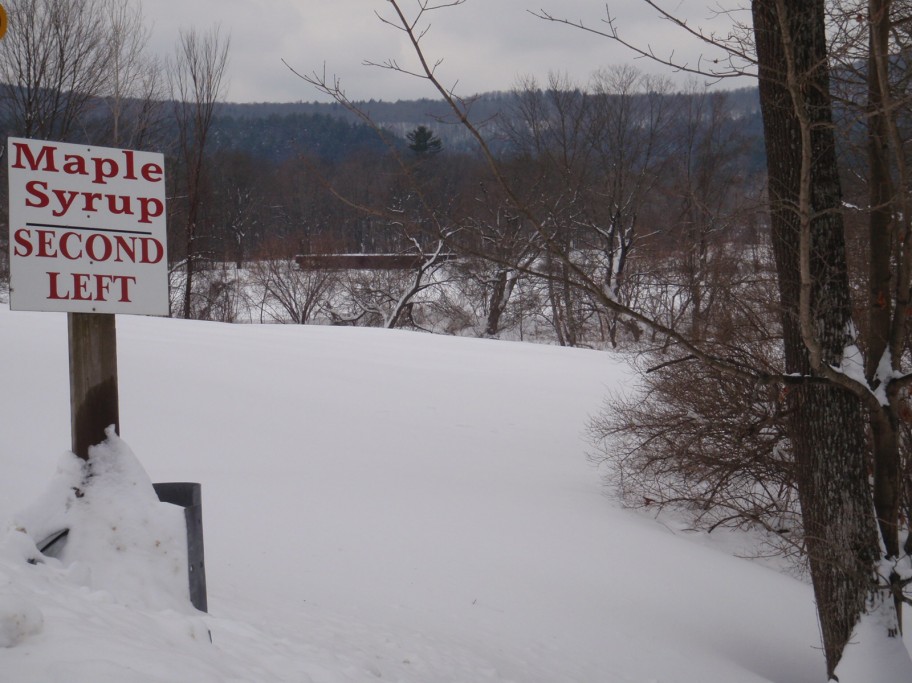